Wisconsin?s Scott Walker did what we wanted Christie to do in NJ.???In 2011, Walker and Republican majority in Wisconsin?legislature repealed the law that forced public employees to join unions, and took away union control of public employee pension funds and health insurance plans.????(Christie never tried to win?Republican majority in NJ Legislature in 2011 or 2013 because he made deal for Democrats to take dive in 2013 Governor re-election, so Christie could be President.)

National media gave Wisconsin non-stop coverage and attacked and ridiculed Scott Walker and other Wisconsin Republicans for months.? Public employee unions in NJ and all over country spent millions on violent demonstrations, and petitions to removed Walker with a special recall election in 2012.?? But Walker won and stayed in office.???? Now, Wisconsin has more jobs, less government spending, and a $100 billion surplus.?? Walker is proposing tax cuts to give that money back to the people who paid it.

Why so little?national news coverage of Walker?s success???See:?http://newsbusters.org/blogs/tom-blumer/2014/01/25/wisconsins-not-worthy-national-attention-any-more-because-scott-walker-h?and?http://www.theblaze.com/stories/2014/01/24/the-earth-shattering-news-rush-limbaugh-says-the-media-ignored-but-you-need-to-know/.
When the NJEA teacher?s union spent millions of dollars of mandatory dues money from NJ teachers to fight Walker in Wisconsin, our Republican Christie said and did nothing to help Walker.?? Governor Christie often insults the NJ teacher?s union, but he did not propose or campaign for any changes to reduce their power.??? Our Governor Christie says he wants to cut taxes but Democrats won?t go along.?? But because Christie hiked borrowing and spending so much, NJ state govt. now too broke for a tax cut.???? Why aren’t House Republicans like John Boehner praising Governor Walker,? or following his example?

Are you waiting for economy to ?recover? before paying your $30 non-voting member dues for 2014??? Or supporting our $75/$100 fundraiser with Frank Fiamingo on?February 23???? You are certainly not alone.??? Most of the country wants ?temporary? bailouts, foodstamps, extended unemployment, etc. to help people get by ?until the economy recovers?.

But how can there be a recovery without liberty????? Why go into debt and invest your life savings to start or expand a business if you can?t get permits without spending a fortune for lawyers, consultants, and political connections???? And why bother?? New discrimination and workplace laws already make it hard to hire or fire anyone without getting sued.?? Soon, it will be illegal in NJ to ask a job applicant if he or she was convicted of a crime.?? If you somehow succeed in spite of all this, you will be expected to ?give back? your ?fair share? to the community through higher taxes or ?voluntary? donations to certain selected community or environmental groups.
But most Americans don?t know that is why the economy is bad.?? Some think this is part of a business cycle that will change by itself.? Others are blaming ?big corporations?, the ?one percent?, Republicans, the Koch Brothers or the Tea Party (the same thing to many).

Our mission is to teach the truth.?? But we are a small group of volunteers and we can?t do it by ourselves.?? We need money to buy radio, TV, and Facebook ads.?? We would like to start sending postcards.? If you haven?t paid your $30 non-voting member dues for 2014, or if you want to buy your $75 person/$100 couple ticket to our?February 23?fundraiser in Ventnor, please pay online now by going to?www.libertyandprosperity.org?and clicking the ?Donate? button in the upper right hand corner.? Or please mail your check to 453 Shore Road, Somers Point, NJ? 08244.? Call?(609) 927-7333or email?info@libertyandprosperity.org?for more information.–including how to be a full voting member.

We also need your help as a “Committee of Correspondence”.?? To be a member of this??committee?,? simply forward any information?in our email or website that you agree with to??your friends by email or Twitter.? Or copy and “share” them with your Facebook friends.??? And?repackage it as a letter ?to the editor of your local paper.? For details, go to:??http://libertyandprosperity.org/do-more-than-vote-write-one-letter-to-the-editor-every-month/.

Big issue to write about this week:?? “Don’t turn NJ?Constitution into??Instrument of? Permanent Oppression!–Again!”??? Ever since 1664, New Jersey?had a Charter or Constitution that guaranteed the rights of citizens, and limited the power of government.??? One key principle:? Voters always had power to change bad laws by voting out bad officials and electing new ones.??For second time in 12 months,?Democrats in Legislature are changing that.? Once again, neither Governor Christie nor any Republican in Legislature is doing or saying anything?to stop them.??? Last year, we amended our state constitution to require permanent and mandatory hikes in the minimum wage.????Even if you think?we should have a minimum wage or that it is too low, they idea that laws?can’t be changed even after new people are elected goes against every principle of self-government.?? Now the Legislature is doing it again.?? It proposed an amendment to State Constitution that would mandate that??$200 million, or 2.4 percent of all state sales tax collections be used only to buy “open space”, bail out people with flooded properties, and pay for all sorts of recreation and “historic” projects for the next 30 years.??In the past, this “open space” money has been a political slush fund used to pay top dollar for worthless properties owned by politically connected people, including Camden and Newark slumlords.????Let your?state, county, and local officials–and the public know how much you detest this proposal.??In past, NJ voters had power to?stop spending for these projects.?? If Constitution is amended again, voters will lost that power for 30 years.?? Why amend Constitution???? Because NJ is so broke that Wall Street won’t loan any more money unless repayment is guaranteed by State Constitution.?? ?Joint Senate and Assembly ?committee hearings?today.?? Proposal will come up in full State Senate and Assembly?in a few weeks.?
Last?week, Albert Maslar of Absecon, one of our members, ?published this letter about Governor Christie in the Wall Street Journal?on January 15, last week.? It also applies to President Obama and Hillary Clinton:

Thanks also to? Dan McNeill of North Cape May?for his published letter in the Press of Atlantic City telling the rest of the story about?Thomas Jefferson?s Koran.? See:??http://www.pressofatlanticcity.com/opinion/letters/voice-of-the-people-jan/article_9c281602-0ce6-565d-8cac-ade5c43da53c.html
“His possession of a Quran is directly related to his desire to understand the mindset of the Barbary Coast Muslims who were attacking and ransacking ships and kidnapping sailors for ransom. . .??? Islam is a totalitarian ideology wrapped in religion. It is not amenable to democracy. There is no democratic Muslim state. In the Middle East and Africa, Christians are being murdered and churches burned. Shiites and Sunni Muslims kill each other. In Europe, there are cities where the police will not venture, Muslim enclaves where riots, bombings and violence are not uncommon?

As ?Progressive? environmentalists blocked?proposed natural gas pipeline?to bring natural gas to Beeseley?s Point power plant by Garden State Parkway Milepost? 29, Atlantic City wind turbines stopped working.?? Without natural gas, the plant will be forced to close because of President Obama?s unconstitutional decrees against coal.?? Opponents of the plan said we must only use ?green? energy like solar panels and windmills to stop ?global warming?.??? But last Thursday, it was 22 degrees, and there was no wind to turn any of the five wind turbines in Atlantic City.???On Friday, it was just as cold and only three of the five were working.??? If this was a repair issue, how could the new wind turbines to be built ten miles out in the ocean be repaired on a cold winter?s day like this? 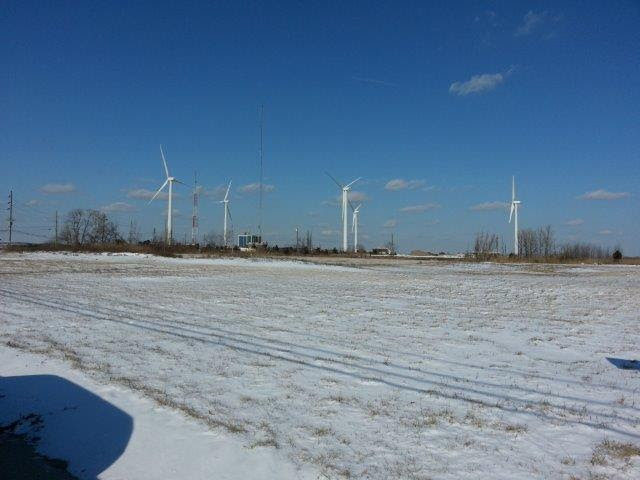 Sign up for our major?February 23, 2014?fundraising event.??? Our guest speaker is Frank Fiamingo, founder of the NJ Second Amendment Society (www.nj2as.com) .?? But he won?t be talking much about guns.?? Instead he will explain how he regrets being too busy growing his business and raising his family to think about politics during most of his adult life?and how he is making up for that now.?? $250 Breakfast with Frank at?11AM, followed by $100/couple, $75 per person reception from1PM to 3PM.?? Details and online ticket purchase at?www.libertyandprosperity.org.
Do you have graphic or artistic talent??? If so, can you volunteer to help us design our new basic brochure and postcard????? We also need help to call our members and remind them to pay their 2014 dues.?? Can you help us by making some of those calls??? If so, please contact us atinfo@libertyandprosperity.org?or?(609) 927.7333.?? Thanks.
Be a liberty candidate.? Help a liberty candidate.?? Most Americans, even here in New Jersey, support most of our Eight Point Liberty Program posted in the lower right corner of ?www.libertyandprosperity.org.?? But most members of the Republican and Democrat political elites oppose us.? It is nothing personal, just business.?? Independent, self-reliant, informed citizens who don?t want or need favors from politicians are a threat to their money and power.? But being an effective, winning candidate takes planning and skill.? As with everything else, failing to plan means planning to fail.
There are real opportunities to win in the low-turnout, low budget primary elections on?June 3.?? Nominating petitions must be filed by?March 31.?? Forms requesting slogans and bracketed slates must be filed by?April 2.? .
We are working with other groups to sponsor a seminar on effective political campaign techniques.?? The cost will be roughly $50.?? Please contact us if you are interested.? Or contact groups likehttp://www.leadershipinstitute.org/?to get training on your own.

Why not join us as a member this year??? As a non-voting member for $30, you can participate in all business meetings without making any commitments.?? Details at?http://libertyandprosperity.org/join/.? If already a member, please pay your 2014 dues as soon as possible by mail, at any breakfast meeting, or click the “Donate” button on the home page of?http://libertyandprosperity.org/.

Please forward this email and copy, paste, and forward our?posts?atwww.libertyandprosperity.org?and our Liberty and Prosperity Facebook page.?? But to reach thousands of new people,? please?copy and past our material as a Letter to the Editor of your local paper every 30 days.?? Tips for good letters and email addresses of major NJ papers are posted on home page ofwww.libertyandprosperty.org?and will soon be posted in “Learn” and “Engage” sections linked to home page.

Please report any errors, including failed links to?info@libertyandprosperity.org.?? Please also use that email address to report any items that should be posted on our website or Liberty and Prosperity facebook page or in our next email update.? Thanks.???? Seth Grossman, Executive Director